Many celebrities have begun touting the benefits of a powerful, ancient soup known for its health prowess – bone broth. From NBA players to famous actresses known for their beauty and longevity, these soups and stocks have recently become the “in” nutritional supplement.

But why? What are all these famous people doing hyping up a bone broth that won’t send them any commissions? People have begun to endorse bone broth because it works. Drinking these elixirs can offer many nutritional benefits, including:

With such a vast array of benefits, it’s easy to see why celebrities and regular people alike have both adopted bone broth as one of their favorite superfoods. Here’s a short list of a few celebrities and what they have to say about our favorite healthy elixir:

An outstanding actress, the stunning Gwyneth Paltrow has starred in numerous popular films, including Shakespeare in Love, The Talented Mr. Ripley, Shallow Hal, and Iron Man. She’s also an acclaimed food writer and a huge fan of bone broth. The elixir seems to be working its skin improving and wrinkle-reducing magic, as Paltrow looks much younger than her age.

“It’s full of gelatin and fat and has bone marrow, and I think it is very good to keep yourself young.”

The stunning actress known for her beauty and curves is a huge fan of bone broth. Salma Hayek may be 50 years old, but she looks years younger. Famous for her roles in Wild Wild West, Dogma, Grown Ups, and Frida – Hayek seems to believe the soup offers numerous anti-aging benefits.

“I’ve been doing the bone broth for a while now…It’s great – good for energy and reducing inflammation.”

Anything that Kobe Bryant does to improve his health should be noted. As one of the best NBA players and athletes of all-time, Bryant has pushed his body to the limits for years. He’s put more minutes on his knees than just about anyone else, but he continued ticking and won five NBA Championships. “Bone broth is everything.”

There’s not a better endorsement for bone broth than the quote above from Shailene Woodley, famous actress and health nut. Woodley has quickly risen to stardom through starring roles in numerous TV shows, including The Secret Life of the American Teenager and The Descendants.

“Wellness is a way of life for me, and I want to share why it needn’t be complicated to feel great, live your life and be the best version of yourself.”

As a 51-year-old supermodel, Elle MacPherson looks darn good – for any age! She’s been on the cover of the Sports Illustrated Swimsuit Edition more than anybody else (five times). They even nicknamed her, “The Body.” If she thinks something is healthy and will help you look good, then you can count on it.

Why Celebrities Love Bone Broth So Much

If bone broth is good enough for some of the most famous people in the world, then it’ll sure as heck improve your health, too. Give this nutritious elixir a try and see what you think! Bone Broth For Babies: What Parents Need to Know

Bone Broth Critics and Studies: Should You Believe the Hype? 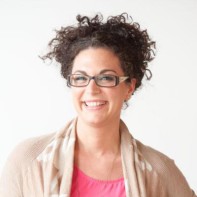 Nicole Anthony
Hello! I’m Nicole, a high-achieving, entrepreneurial wife/mom in my early thirties. I hold many other labels like gardner, connector, meditator and family chef, as I’m sure you do. In another life, I’d run a successful food truck and be a sommelier. I started this blog because I’ve been on a healing journey that has largely relied on bone broth and pre-made stocks as my daily nutrition to get me back to optimal health. This is my first blog and I hope it provides candid opinions, factual information, tips, tricks and more that make your life easier and healthier.

ABOUT US
Bone broth has worked wonders for me, so now I am sharing everything I have learned on my journey. Please note that I am not a doctor, so you should consult a health professional before implementing a bone broth diet in order to make sure it is right for you.
Contact us: nothingbutbroth@gmail.com
FOLLOW US
© 2017 Nothing But Broth - All Rights Reserved
Privacy Policy - Affiliate Disclosure